Under the leadership of Prof. Jens Kuhle, head of the Multiple Sclerosis Center at the University Hospital Basel (USB), and research group leader at the Department of Clinical Research (DKF), and the Department of Biomedicine (DBM), a pioneering study was recently published in the journal "The Lancet Neurology".

In addition, the researchers are providing a publicly accessible web application for standardized assessment of individual NfL measures. This tool can be freely used by researchers as well as by treating physicians in clinical practice. 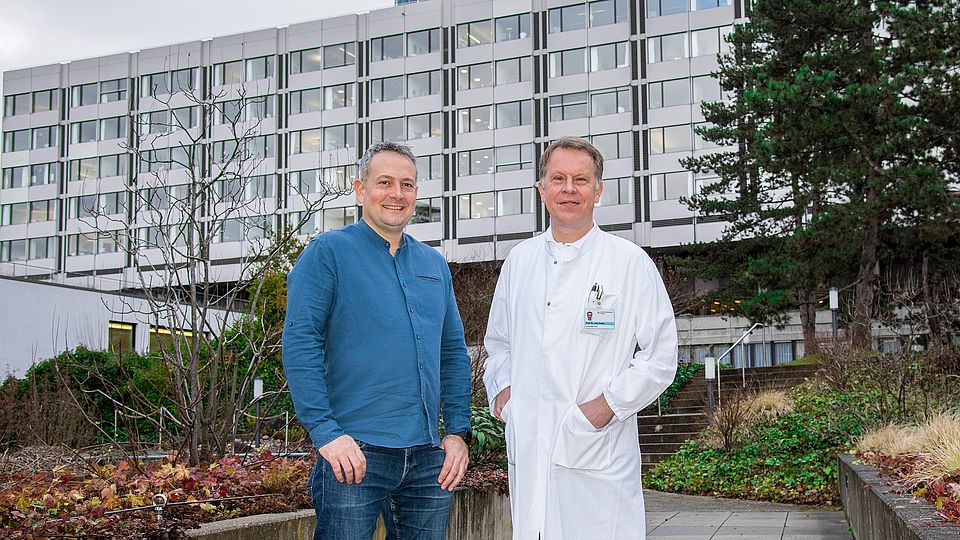 Mr. Kuhle, the results recently published in "The Lancet Neurology" could significantly change the treatment practice for patients with MS. Could you please explain why?

In relapsing-remitting MS, we now have a wide choice of more than ten different approved drugs, some of which are highly effective. However, we often find it difficult to make precise personalized therapy decisions - in other words, to know exactly which drug is suitable for which person and when. That's why, in clinical practice, we're glad to have additional decision-making tools besides clinical examination and magnetic resonance imaging (MRI) that more directly capture disease-related nerve damage.

Thus, we see that some patients who appear to be stable according to clinical and MRI-based criteria, and who would currently be treated rather less intensively with medication, then develop disease progression later on. Identifying these early with new, reliable markers remains a goal of clinical research.

In other words, there has not yet been an established biomarker that has been incorporated into therapy decisions in MS?

There is no other biomarker for multiple sclerosis that can be measured in the blood and that can reliably indicate therapy response and disease activity in clinical practice. Incidentally, there are no such blood biomarkers in the entire field of neurodegenerative diseases to date. NfL is not only a marker for MS, but also a very good general measure of neuronal damage. That is, NfL is non-specific for the mechanism of damage. Thus, we have a marker that quantifies neuro-axonal damage independent of the particular pathogenesis of the disease. Thus, because NfL allows general statements about neuronal damage, it may well be that this biomarker will be determined in the future with similar frequency as cholesterol as a risk factor for cardiovascular disease.

How should the term "personalized medicine" be understood in this context?

We have the problem that the highly effective drugs - albeit rare - sometimes have serious side effects. On the other hand, we have very safe drugs that are not very effective. As a result, we neurologists are currently torn between "hit hard and early," i.e., simply treating all patients maximally aggressively at the price of rare but serious side effects, versus cautious therapy escalation under very close observation of the patient. However, we have known for a long time that damage can occur in MS that may show up as irreversible disability only after a delay -often years. Here, a standardized, easily available and accurate blood marker can be very valuable as a measure of nerve damage. It can be used to make personalized, i.e. individually tailored, therapy decisions for the individual affected person.

So you increase the accuracy of the treatment?

We have shown in our work that some of the patients who seem to have a stable course of the disease, i.e. no MRI activity, no relapses or disability progression within one year, nevertheless showed high NfL values. These patients also actually showed more clinical and imaging disease activity in the following year. This means that we can obviously detect disease progression more accurately and sensitively with the blood marker, and thus identify cases that are considered stable in our standard investigation. These are probably also those patients who may develop long-term and rather unnoticed disabilities. In other words, yes, you have a higher degree of accuracy. 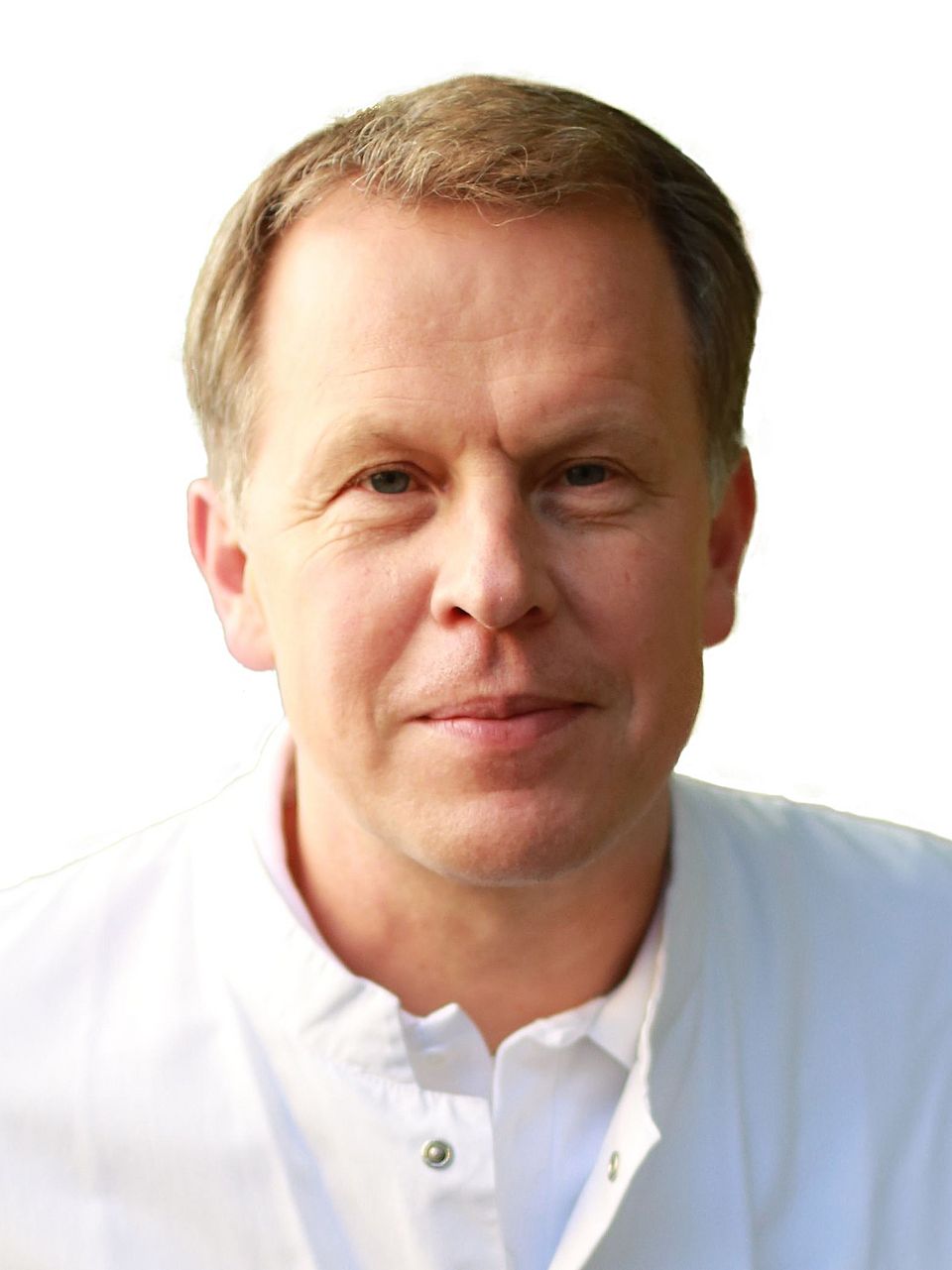 "NfL as a standardized, easily available and accurate blood marker for neuronal damage is very valuable. It can be used to make personalized, i.e. individually tailored, therapy decisions in the individual affected person."

Mr. Benkert, the web application you programmed is intended to be available to physicians worldwide to classify individual NfL values. Can you explain this in more detail?

To decide whether a value is elevated, you first have to know what normal and what is not normal. To do this, we collected over 10,000 samples from over 5,000 healthy individuals from four international cohorts and analyzed what the distribution is. The great strength of our study is this large reference database, which represents the normal population very well and is the basis for interpreting individual measurements.

It has been known for some time that NfL levels increase with age, and only recently has there been evidence that NfL decreases with body mass index. However, this relationship is not linear, so we had to derive reference curves via a complex statistical model. Many are familiar with this from the pediatrician who tells you, for example, that your child's weight or height is at the 97th percentile compared to children of the same age.

To make the statistical model for calculating age- and BMI-adjusted values available, we created an app that allows a treating neurologist to enter values of his patient and see if he is in the normal range or not. And he also gets a measure of how elevated the value is to better assess the extent of disease activity and the risk for future activity for the patient and to make treatment decisions. 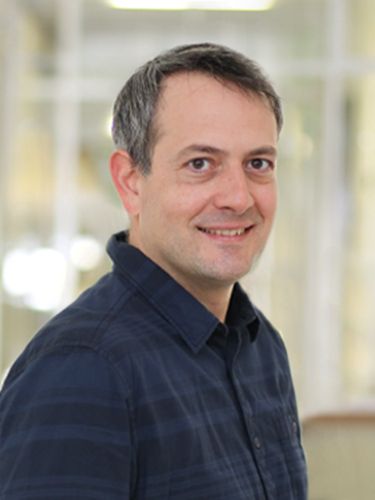 "To make the statistical model for calculating age- and BMI-adjusted values available, we created an app that allows a treating neurologist to enter values of his patient and see whether or not he is in the normal range." 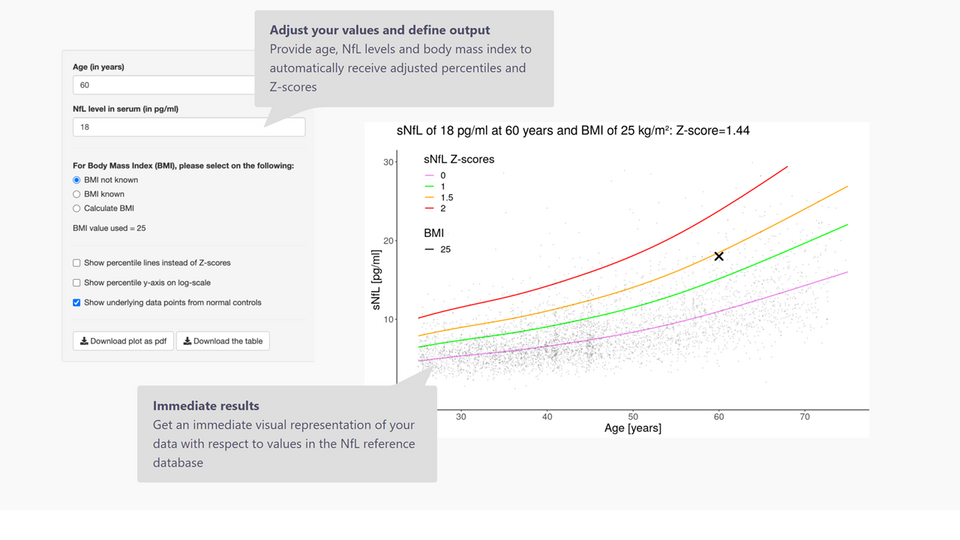 Mr. Kuhle, NfL as a biomarker can therefore be used to predict deterioration in the course of MS, which can then be treated early and in a targeted manner. Would it also be possible for the NfL value to indicate an imminent worsening of the disease, which then does not occur clinically? Then the patient would possibly be overtreated and exposed to the additional risk of side effects?

The advantage of NfL is that it is a neuronal protein that is specific for actual neuronal damage based on very compelling scientific data. But it is, of course, the case that MS is a disease that typically progresses in relapses. That is, active phases tend to be followed by inactive phases. Of course, it's not the case that you only have to determine this one value and then you don't need a neurologist anymore, because the interpretation and therapy decision is so simple.

But what we have been able to show in our work is that with an elevated NfL value, the probability of further disease activity in the next year is greatly increased. We use NfL as an adjunct to established studies, and we are looking for more evidence by doing prospective studies as well. Since the time horizon in MS is not infrequently more than 50 years, it is not trivial to investigate whether, for example, individualization and possibly less aggressive treatment really leads to a better outcome in the long term. Reliable biomarkers could also provide important clues to initially unnoticed increases in disease activity during "de-escalations."

Jens Kuhle: MS is an extremely long-term chronic disease that needs to be followed for a long time in order to detect the development of disability in time. Cohort studies with long-term follow-up are therefore also so important. And that's why good potential surrogate parameters like NfL are also enormously helpful.

Pascal Benkert: NfL is a marker that quantifies the instantaneous degree of damage. For comparison, when damage is seen on MRI, it is often already too late. This is because lesions that are visible on MRI mean that the damage has already been done. I like to compare this with a fever gauge, which also indicates whether something is happening in the body at the moment and therefore needs to be examined more closely and possibly treated.

To what extent can these findings now be transferred into clinical practice so that treating neurologists work with them routinely? How far is this road? NfL is probably not a blood parameter that can always be determined everywhere without any problems.

Jens Kuhle: It is very interesting and also culturally quite different how this biomarker is already used in routine. I know, for example, that the use of NfL as a biomarker is already very common in Canada. Here in Basel, we measured 700 routine samples last year. And we are increasingly using NfL in our clinical routine at the MS Center in Basel. The industry is currently in the process of developing the assay for platforms located in family practices, for example, so that NfL can probably be easily determined everywhere in the future.